Popular Pasta
My Sister Discovered a Universal Language
Commandment Zero
My Father Used to Watch Storms
Licking
Glow in the Dark
Flatwoods
BOT
The Woodsman
If It’s Raining Outside and It Doesn’t Make...
I Applied For a Deep Web Job, I...
Home Beings Commandment Zero
BeingsStories 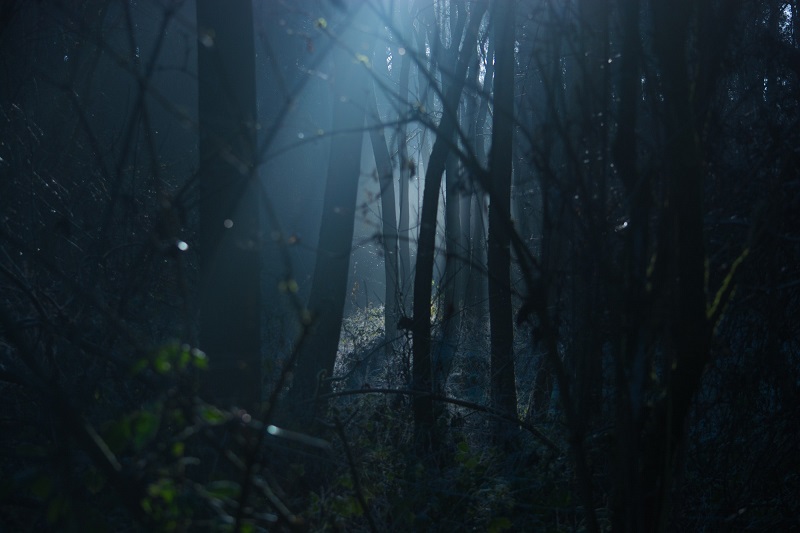 There’s a saying in my town; a Golden Rule. We call it Commandment Zero, as it is more important than all others: “Thou shalt not disturb those which came before you, for they hold the key to both your rise and your demise.”

Theoretically, this rule has a thousand applications, but must do not warrant coming before the other Ten Commandments. In our town, which sits humbly in the shadow of a lone mountain, it does.

Most people couldn’t live in this place. Man has a tendency to see himself as the dominant species on Earth. Any feeling of subservience gnaws at his ego, slowly pushing him to conquer whatever stronger presence hangs above him, even if that presence is not a threat. Most seek to tame the natural order, regardless of practicality or effort, and they have succeeded in almost every instance. Anyone in this town knows that they would not succeed here. Our world would be much different if those men had settled this town.

Fortunately, they did not. We were founded by a group of freemen in the late 1800’s. They didn’t come to rape the land and pillage her resources, they came to escape the grasps of other men who wished them in invisible shackles for the benefit of their own. It is said that those first founders struck an accord with The Natives and, together, they built the Stone Fence.

If one were to leave Main Street and head north through the clustered pines and aspens towards the mountain, eventually they would come upon a line of large granite boulders. There are a few hundred, each spaced a yard or so from the next, that circle the entire base of the mountain. The Stone Fence marks the boundary between what is ours and what is theirs. The trees beyond are different than the trees behind. They bloom quickly and glow a faint, ghoulish white on the nights when the moon is hidden in the sky. We call them Phantom Willows and, to my knowledge, beyond the Stone Fence lies the only forest of Phantom Willows in the world.

We know that we are not to cross the Stone Fence. We know that we are safe as long as we stay on our side, but most residents won’t even step into the shade of the woods north of Main Street. Every inch closer to the fence is a greater chance of crossing, and the consequence for crossing has been seen only once before. Most here believe that that punishment was just a warning, a show of strength, despite the severity.

Almost twenty years ago, a couple named Brent and Maddie happened across our little town. They showed up in a camper van, red with wanderlust and hoping to explore off the beaten path. Despite multiple warnings from the townspeople, old Gary Herman, who lives deeper in those woods than anyone else would care to go, saw them near the Stone Fence late one evening. He was the last person to see them breathing and whole.

The next morning, every resident of the town woke up to a piece of either Brent or Maddie stuffed into their pillowcase. In addition, the hardwood siding of each house was gouged deeply with one large “X”.

We are not a large town, but large enough that each piece of Brent and Maddie was no larger than a pinecone pre-bloom. We didn’t confirm it was the couple until the day after Gary Herman rolled into town with a wheelbarrow to collect the pieces. We assume he spent that night putting together one grisly puzzle.

Gary is somewhat of an ambassador between us and The Natives. His grandfather was one of the founders of our town and helped build the Stone Fence. After the incident 20 years ago, Gary went beyond the fence for nearly three weeks. He is the only person I know who has been in to the Phantom Forest, and there was just once when he spoke to me about it. I will remember every word of that conversation for the rest of my life.

“All sound ceases when you move past the fence and into the willows.” Gary said. “You could scream with every bit of air in your lungs and it would never reach your ears. There is a path, one that only they and I can see, which meanders through the forest towards the mountain. As you get closer, your vision begins to fade. You no longer see the path but you feel it pulling you along like a fish caught on a line. Other senses take over. Ones that you never knew you had…”

Gary trailed off. I could tell there was no way for him to explain the rest to me. I had never, and would never, understand
“So they live in the mountain?” I prodded, trying my hardest to keep the conversation moving forward. This would, without a doubt, be the only opportunity I had to know more about The Natives.

Gary looked out into the day and took another sip from his snifter.

“Can you tell me what they look like?” I asked hesitantly.

“I can’t. I’ve never seen one. By the time you get to the mountain your eyes no longer see the way you or I are used to them seeing. The other senses, the ones you didn’t know you had, have taken over.”

I was disappointed. Surely that was all I would get out of him. But he said one more thing. Something that turned the liquid in my veins to glacier melt.

“I’ll tell you what though: we are to them what chimps are to us, only they were here before us and they will be here long after we are gone. There is no doubt in my mind that they will play a role in our extinction, but they will not be the cause. Man falsely sees himself as an unstoppable force and The Natives truly are an immovable object. The day is soon when we disturb them beyond any hope of redemption.”

My Father Used to Watch Storms

My Sister Discovered a Universal Language

Glow in the Dark

Why Does the Kitchen Door Creak?