Popular Pasta
Why is it So Difficult to Fall Asleep...
There Was a Skinwalker in Prison With Us
The Black Demon
My Sister Discovered a Universal Language
Commandment Zero
My Father Used to Watch Storms
Licking
Glow in the Dark
Flatwoods
BOT
Home Locations The Backrooms of Kane Pixels
LocationsOtherworldlyVideo

The Backrooms of Kane Pixels 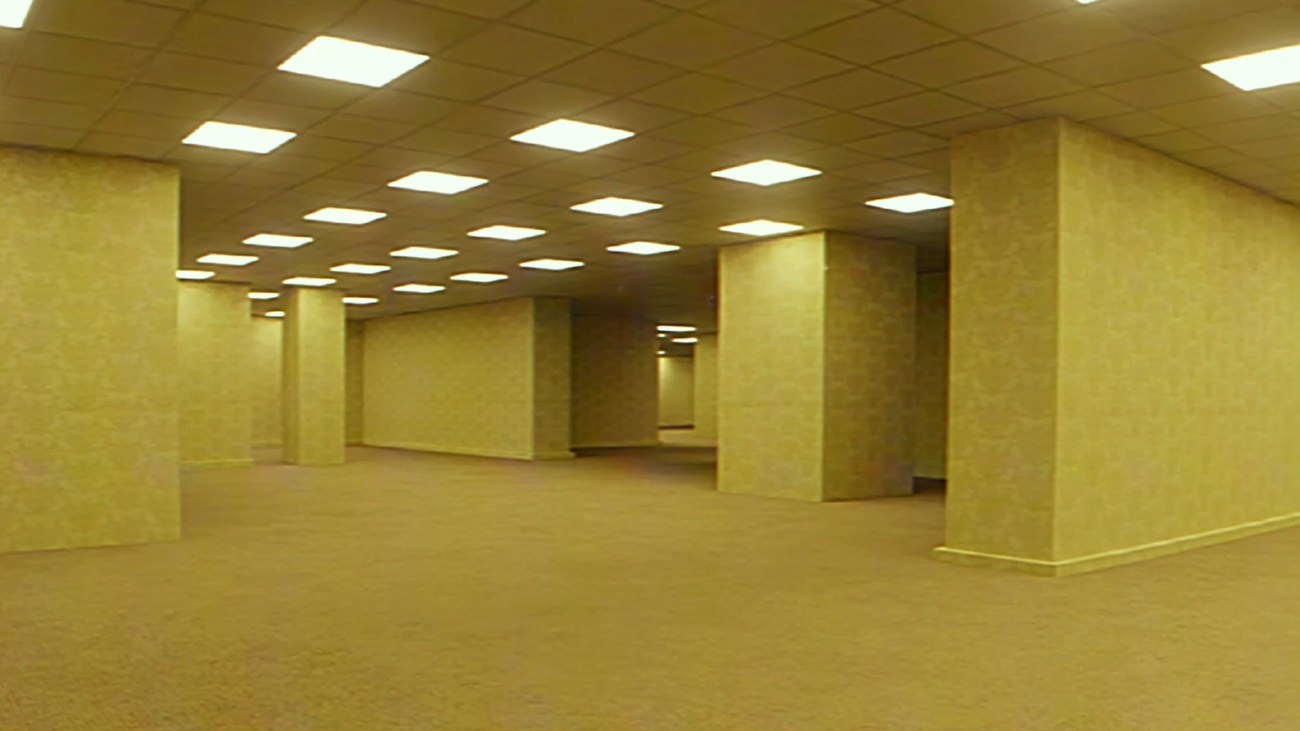 In creepypasta lore, The Backrooms is a legend about a surreal place that a person can accidentally find themselves lost in. Resembling the inside of a vacant office building, with fluorescent lighting and carpeted floors, a person can cross over from our world to this empty, creepy, seemingly deserted liminal space.

What is The Backrooms?

The success of The Backrooms lies upon two fundamental aspects: liminality, and video game bugs. The first term, liminality, is described as a state of transition between what came before and what happens next. Episodes in one’s life, like graduation from school, preparing for marriage, moving to a different home, embarking on a vacation, and so on are examples of liminality.

This transition between one phase to another causes people to look at their lives in a different perspective. The Backrooms is similar to liminality because it shows us a space that looks very familiar, with the buzzing of the overhead lights, but it’s also discomforting because there is no evidence of anyone having worked or lived in the space.

The second aspect of The Backrooms comes from its’ origin in video game culture. In many games there are bugs that allow the player to move behind walls, or under floors, or even above the level, as if their game character was plucked from their 3D world and moved into a higher dimension. The Backrooms lore has a similar origin, in that there exists this seemingly endless place of barren office space, with no marked entrance or exit easily found.

Kane Pixels makes his version of The Backrooms

At the beginning of 2022 YouTuber Kane Pixels, a CG/VFX artist, began releasing a series of short films set in the otherworld space of The Backrooms. Presented in the format of found footage, Kane’s first Backrooms video shows us how an everyday person accidentally got transported into the Backrooms, and how they eventually found their way out.

Kane then followed up his first video with a second that shows a clandestine organization called A Sync investigating the liminal space with expedition teams. A Sync begins to set up cameras to record the space and any strange activity that happens inside The Backrooms.

“First Contact” then shows A Sync’s investigators making an unsettling discovery in a Backrooms location.

Kane has released a new Backrooms video every week or so, and with every new video, adds to his version of Backrooms lore.

What also adds to the creativity of Kane Pixels’ Backrooms video is that his footage has been created using computer graphics. By using the graininess of 90s videotape quality to his advantage, Kane’s Backrooms videos come across as more believable rather than less. It’s a smart way to add to the story’s atmosphere while also using the era’s video limitations to cover up any imperfections in his work.

Keep your eyes on Kane Pixels’ YouTube channel for more of his Backrooms exploration videos.

The Backrooms of Kane Pixels was last modified: March 13th, 2022 by Creepee

The Woods Are Black

The Deepest Part of the Ocean is...

It Has No Face